The Moral Compass...it was spinning

The following excerpt is from a letter that I wrote to my then sister-in-law in December 1988.  We were both raised in the Catholic Church, products of Catholic parochial school, and she wanted to know what I believed.  We were sending a flurry of letters back and forth, feeling each other out, trying to get to know each other.  She was a very religious person.  At the time I wrote this, I had still not discovered the Goddess, but I was 'coloring outside the lines', so to speak.  The spiritual metamorphosis was in progress, but there was still a lot of thinking to wade through and episodes of discovery coming up:
____________________

I believe that every human being carries the capability of both good and evil:  Some people say that God gave us a choice in this matter; but I often wonder how much "circumstance" influences this.

I believe there are very basic rules of right and wrong:  But should all the rules always be solid and completely unbendable?  Some of them, yes-- the Ten Commandments, or at least most of them-- thou shalt not kill, thou shalt not steal...etc.  Be good to people, don't hurt anyone.  This is such basic decency.  I don't know if the average person needs to belong to a conventional religious organization to know these things, or to believe them, or to obey them.

But what about some of the other rules, the ones which simply can't be cut so black and white?  Fornication?  There is such an enormous difference between blazon promiscuity and giving yourself to one person out of love.  The first is so apparently wrong; how can the second be wrong too?  I don't feel they are the same thing, so should the same rule apply?

It is a dilemma.  It is confusing.  There are definite needs in our society for rules of humanity and decency; but where should all the lines be drawn?  It sounds so elementary sitting in catechism class at twelve years old.  Everything is made so simple-- right or wrong, black or white.  But life isn't like that.  Life comes in shades of gray.  You have to follow your heart in lots of places.

I believe in some sort of afterlife:  Sometimes I'm not sure if I'm altogether right on this assumption, but I go on believing it anyway.  Maybe this-- the hope of some sort of immortality is the basic reason for religion.  We have to believe in "life after death" or "resurrection" or "reincarnation", otherwise the finality of death would make life almost unbearable.

At one time, Gramma told me that she didn't believe in the afterlife.  She believed that when a person died, that was it.  Death was the ultimate end.  But during her final illness, faced with the reality of her own death, she grasped desperately at the hope of something (what?).  She began taking communion, confession, took her rosary to the hospital with her.  Her actions at that time were a kind of statement for everyone...faced with death, we clutch and grasp pathetically for life.

The summer D. and I met I went out to the farm one day.  He was busy mowing, so I decided to take a walk up the big hill, behind the farm.  It was a lovely day, sunny and warm, and a soft breeze.

I sat on the hilltop for a long time just thinking and looking at the scenery.  I thought of so many things, too many to remember it all now.  But one thing I shall never forget:  absentmindedly, I plucked a small green weed at my feet.  I held it up and looked at the root-- very long, but not straight.  It was curved and bulging in different directions for it's entire length, curving here and there, and then swinging back to follow it's original path.

I realized that the root had adapted itself to grow around all the small pebbles that had blocked its path at various points.

We do that too, all our lives, just like the root of that little green weed.  We must adapt ourselves to all the various changes and obstacles in life; but we must also keep on growing, adjusting our lives and swinging back to our original path, or a facsimile of it, seemingly unencumbered and unruffled by all the detours we had to make.

I sat on the hill that day and learned "adaptation".

Could I have learned a better lesson sitting in church? 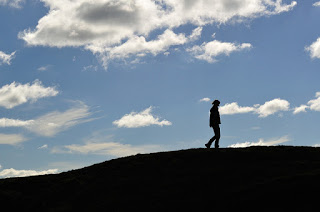 Memoire: An Outline for Life Experiences

I've spent most of my life writing, and although I threw away a good chunk of diaries and copies of letters I've written over the years, I've also saved a few notebooks and spiral binders.  I dug them out today, wreaking of that very musty 'old-paper' smell.  Some entries are so personal and raw they make me cringe, others make me laugh at my own naiveté and inexperience...I didn't know what all was coming my way yet, what was coming down the pike, and I tended to be very idealistic.

The following outline was written on December 21 (the winter solstice), 1987, when I was 30 years old: 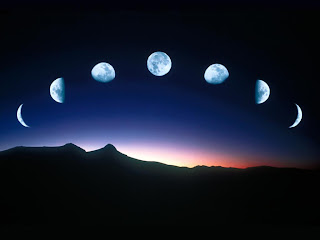 Posted by Amythyst Raine at 2:42 PM No comments:

Happy Mother's Day...wherever you are

Everyone who knows me knows the story, so I don't want to bore anyone with repetition...cutting to the chase, my mother wasn't in my life most of my life, or if she was it was as a beautiful shadow person, an elusive enigma. Come my 40s, and 'voila'...my mother shows up unexpectedly on my door step as a permanent fixture, or so I thought.  Long story short, the magical reunion didn't last, but petered out rather like a bad high school friendship.  Alas, she's once more that elusive, shadowy, enigmatic figure out there 'somewhere', living life as usual-- coffee in the morning, shopping rounds, sight seeing, cooking good things to eat, opinionizing 'round-the-kitchen-table'-- somewhere-- by early morning candle light with makeup done and jewelry in place.

It's okay, really.  Personalities are what they are, and we are either compatible or not; mostly it winds up being 'or not', but that's life.

I thought about her on Mother's Day, though, and I decided that it's best to respect her desire to be 'incognito', since this seems to be what she wants and is apparently what makes her comfortable and makes her life run smoothly (lord knows we wouldn't want to create any wrinkles)...however, I still thought about her on Mother's Day, and this is something she can neither take away nor control.

I would like to wish my mother a belated "Happy Mother's Day", wherever you are.

Free Spirits who sing the same song will generally wind up in the same place at some point, and I believe this to be true for my mother and me.