Last week we had to make a morning dash into Omaha to pick up a daughter.  She had taken her younger sister to a rock concert and wound up with a flat tire.  All was okay though, the girls stayed overnight in Omaha with their big sister & brother-in-law, as they were planning to anyway.  But we had to go in the next morning and help her change her tire and retrieve her car.  I had my cell phone camera out and ready.  I love Omaha.  The energy is terrific and the city is beautiful and vibrant.
As I said, these photos were taken with a cell phone, on the move, and are completely unedited. 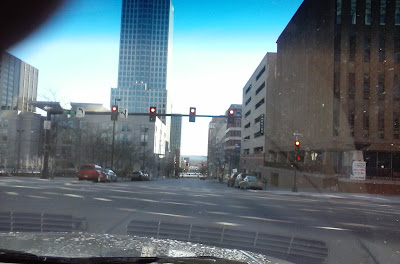 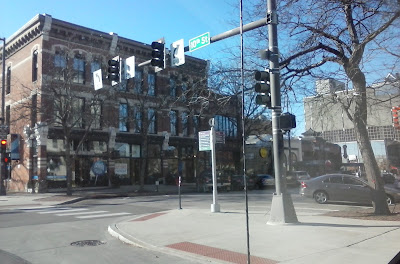 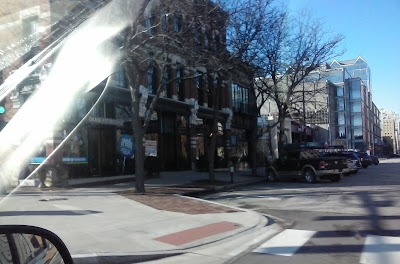 
You can click on the pictures to make them

Big!
﻿
Posted by Amythyst Raine-Hatayama at 7:24 AM No comments:

I work in a beautiful quaint shop in the historical downtown district of our community.  This shop is in the process of changing owners, and there is a lot going on right now.  There's loose ends to be tied up by the former owner, and there's some big shoes to fill and lots of new things to learn for the new owner.  We're in transition, and the employees are now free to pass this information on to our customers.

For one thing, we're in the midst of restocking merchandise, so there are some empty spots on the shelves that are on their way to being full again.  Most of the people who cross our threshold have been very understanding of all this and happy and enthusiastic for both the former and the new owner.  This is an important time for both of them; they have each come to one of those all important milestones, each entering a new phase of life.

So yesterday, when this lady entered the shop, I wasn't quite prepared for her behavior.

She was well put together, middle-aged, tall and brunette. She reminded me a lot of that brunette on Laugh-In, the one who always wore colorful headbands and bangs...and the big mouth. (Jo Anne Worley)

The first hint came when she stood, a shopping list in hand, ahead of shelves full of body-care products.  The spot for her particular hand lotion was empty.  There were several other bottles in the same brand name that were there, just not the particular one she was looking for.

My thoughts (unspoken):
Well, that happens in retail once in a while.  People BUY STUFF, and we have to buy more.

She turned to the shelves to the left.

"You're out of my soap!  That's the only soap my husband can use!"

My thoughts:
Throw a little Dawn dish soap on him and he'll be just fine.  This always seems to work with my cat.

Here she stood for a couple minutes waving her arms around vocalizing firmly her disapproval at the predicament she was finding herself in, at the inconvenience of it all, implying that this might just all be a conspiracy on our part to make her life difficult.

She turned to another shelf and raised an accusing finger:  "You don't even have my toothpaste!"

I turned to look at two shelves full of toothpaste and was wondering what kind it was that we didn't have and why everything was so full if there was something missing.

She stalked through the aisles, ranting and complaining all the way, finally coming to a stop near the front of the store.  I assured her that both the former and the new owner were in the process of ordering merchandise and restocking.  I explained that we were in transition.  I explained that most likely the majority of the merchandise carried by this store would be continued, along with some delightful new additions!

"Well," she said, "You might just have lost a customer.  And I drop a lot of money in here!"

My thoughts:
1.  She couldn't have dropped as much money in here as she'd like me to think, because I don't remember her.

2.  One ordinary individual is not going to make or break this shop.

This woman wound up buying 20-some deodorants that were on sale, and a slew of other items that she apparently thought she would never see again, and then realized, at the end of the transaction, that over half of these deodorants were not the "right kind".  She wanted a refund. 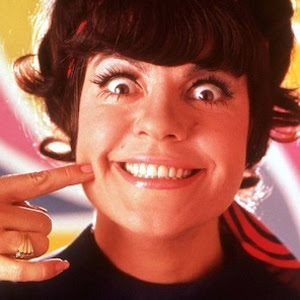 Posted by Amythyst Raine-Hatayama at 6:56 AM No comments:

Mothers-in-Law ~ What I've Learned From Mine #3

MIL #3 was a woman overwhelmed and dominated, first by a strict Catholic father, and later by a strict Catholic husband.  She was child-like and sometimes surprisingly childish, overly pious and modest, almost "nun-like".  Her father's influence was so strong that she did not marry her first love, a handsome kind Lutheran man, because she didn't want to disappoint her father or the Catholic Church, and she declared loyally she would never "change" her religion.  She talked about this man often, and when she did her tone was wistful and sad.  The Catholic man she chose to marry had an extreme temper and was verbally abusive.  So much for misplaced loyalty.

MIL #3 never stopped talking, usually at 100mph, with her eyes opened oddly wide in rapt enthusiasm (or mania).  At first, dutiful daughter-in-law that I was, I gave my full undivided attention to her constant stream of chatter.  The result of this was that, at the end of an hour, I was totally exhausted, left with a pounding headache.

This woman was a psychic vampire.  I taught myself to tune her out and conserve my own energy.

Know when to stop talking.  You'd think this would be a natural instinctive thing to know, but it's not.  I've met several people who will drown you with their endless chatter; the result is one-way conversation. Don't be afraid of your own shadow.  Actually, this is most often where you will find peace and solace.  Don't be afraid of new ideas; they don't bite.  You don't even have to accept them into your realm, just know they are nothing to fear.  Protect, with a vengeance, your personal freedom and choices.  Make Common Sense your best friend. 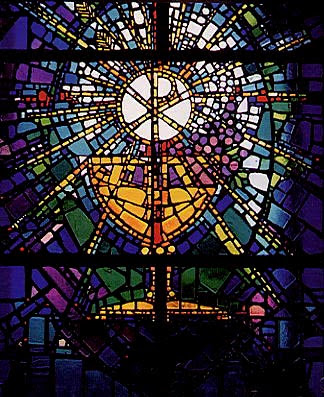 Posted by Amythyst Raine-Hatayama at 6:51 AM No comments:

Posted by Amythyst Raine-Hatayama at 3:22 PM No comments:

Posted by Amythyst Raine-Hatayama at 5:28 PM No comments:

Yay! I'm an Event...imagine that!  Please pass this link on and be sure to join the radio show where there is an interactive chat room-- you get to ask me questions, or add your thoughts.

Next month’s Astrological Tarot Readings are going up at my Youtube Channel!  I hope to have all twelve videos done and out by November 2nd or 3rd.  The new videos added are for the Sun Signs:  Taurus, Gemini, Cancer, & Leo.  Remember! ~ If you know your Moon Sign, or your Rising Sign, there may be more than one of these videos that will resonate with you.  Remember! ~ These readings are Very General.  If you want a Personal Reading with me, go to my tarot website:  http://tarotreadingswithamythystraine.blogspot.com

Posted by Amythyst Raine-Hatayama at 7:27 PM No comments: 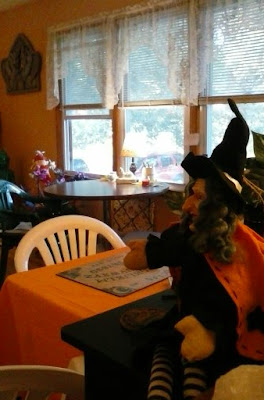 Welcome to our House and Samhain 2015:

We had a lovely, lively, intimate Samhain evening with the kids and family friends (a couple of whom we have unofficially adopted as our own).  The following photos are random, taken sporadically, and are completely unedited.﻿ 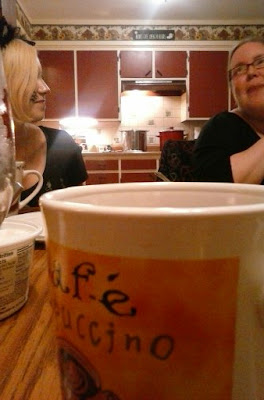 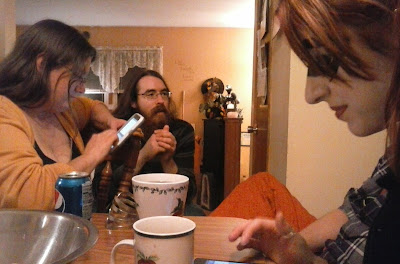 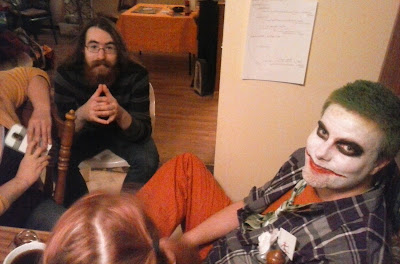 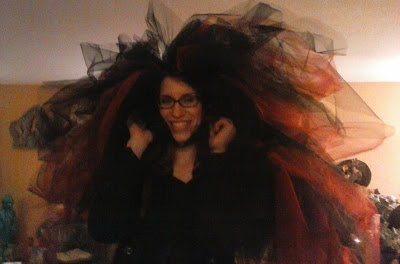 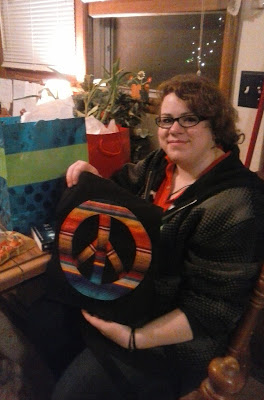 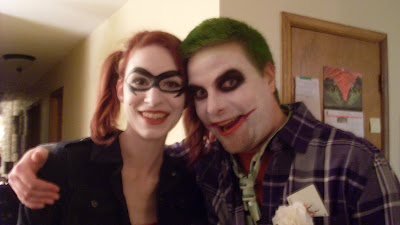 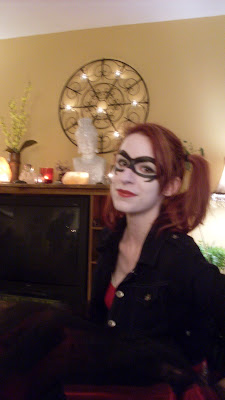 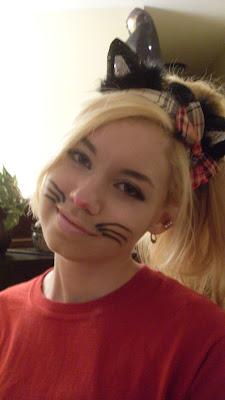 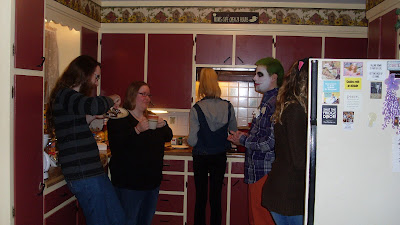 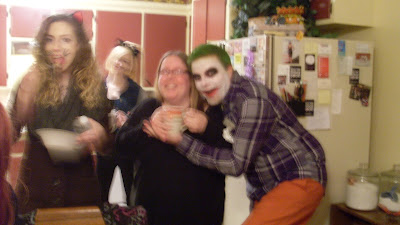 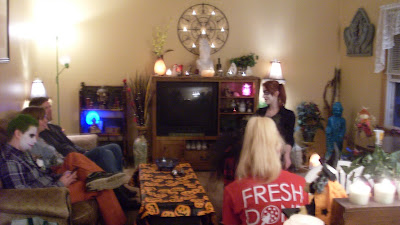 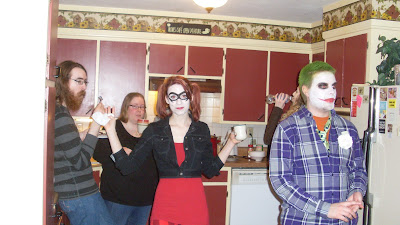 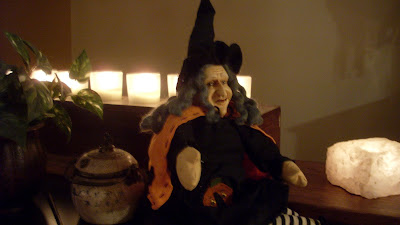 (Note:  You can click on any of the photos to make them Bigger!)

﻿
Posted by Amythyst Raine-Hatayama at 5:46 AM No comments: