*Note:   I was watching TV during the evening of January 16th, 1991, when the networks were suddenly interrupted, and I literally got to watch the beginning of a war.  It was amazing and chilling at the same time.  I kept my wits enough to jot down some details, so I could record it in my diary later.  It's one of those moments that you never forget.

Watch the news religiously.  A feeling of great apprehension, as though something disastrous is about to happen.  As though we were standing on the edge of an abyss.  Yesterday Congress voted to back the President.  It was "the most historic day in Congress since war on Germany was declared".

Lovely day today-- D. made breakfast, lunch at McDonalds (to Anne's delight), and then shopping (at Wal-Mart)-- shirts and pants for the children.

Nice, but still not "spring-like" out.

The eve of war?

I feel on pins and needles, as though some personal decision or tragedy or event were imminent.

For weeks, then months, we have been wondering conjecturing, guessing-- Will there be war?  Will there NOT be war?

Anne Lindbergh's book, "War Within, War Without", diaries and letters during WWII are brought into sharper focus, given new meaning and definition.  It gives you more understanding of the nations' feelings, tensions, and apprehensions then.  In many ways, those same feelings are probably being repeated now.

I feel just sick thinking of all the innocent civilians, particularly the children, who may be caught up in this.

War seems to be such a hideous thing.

Excerpts of letters written to Lois and Janice:

"...then all this news-- War?  No war?  War?  No War?  Keeps you on pins and needles and is very unnerving (at least it is to me, is it too you too?)  I told D. this morning, about feeling in a rut, and when I stopped to think about it, I'll bet there are hundreds of thousands of US men and women in Arabia who would give anything to be here at home in a nice safe boring rut!

The news is so grim.

Here around Omaha SACS (Strategic Air Command) has beefed up security and Offut Air Force Base, and Epply Airfield too.  And the big Fort Calhoun Nuclear Power Plant has done the same too.  Reporters couldn't even get into SACS.

They say it is very dangerous for US servicemen and their families in Germany-- think of Thad and Julie and their babies!

Pan Am and TWA have cancelled most of their European flights.  Did you hear, last night, that our Coast Guard has now been put on alert to watch for any threats to our ports!

Did you see what the biggest (and latest) sales item in Israel is?...a Plexiglas doghouse with a filter system to protect the family dog from a poison gas attack.  Of all things, did you ever?

No, nothing new here.  I've been glued to the TV during news time lately..."

"...He [John] is absolutely irresistible now.  It's hard, sometimes, to put him down and go do something I should be doing.  He loves to be played with and smiles and coos and "talks" back to you and giggles out loud.  he also growls like a little bear-- very low and sometimes loud.  It's a funny, masculine sound.  Anne can really keep him entertained for a while now.

I see you are keeping somewhat a breast of the war news.  I can't believe it.  It makes me think of how it must have been for Americans before WWII. You know, everyone talks about it, you watch the TV for news of it, it's all you see in the papers-- makes you feel saturated by it.

They really emphasize the dangers of terrorism in this country too.  I told Lois, they've warned people to be careful of places where large crowds may gather, places of finance, etc., airports particularly.

D. told me this morning that the president of George Hormels company has received a threat of violence against the Hormels plant here in Fremont-- they have a government contract supplying food to the American troops in Saudi Arabia.  I was not surprised.  I'd been thinking of this possibility weeks before. 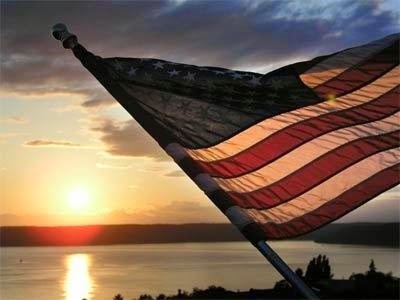 Posted by Amythyst Raine-Hatayama at 9:00 PM No comments: 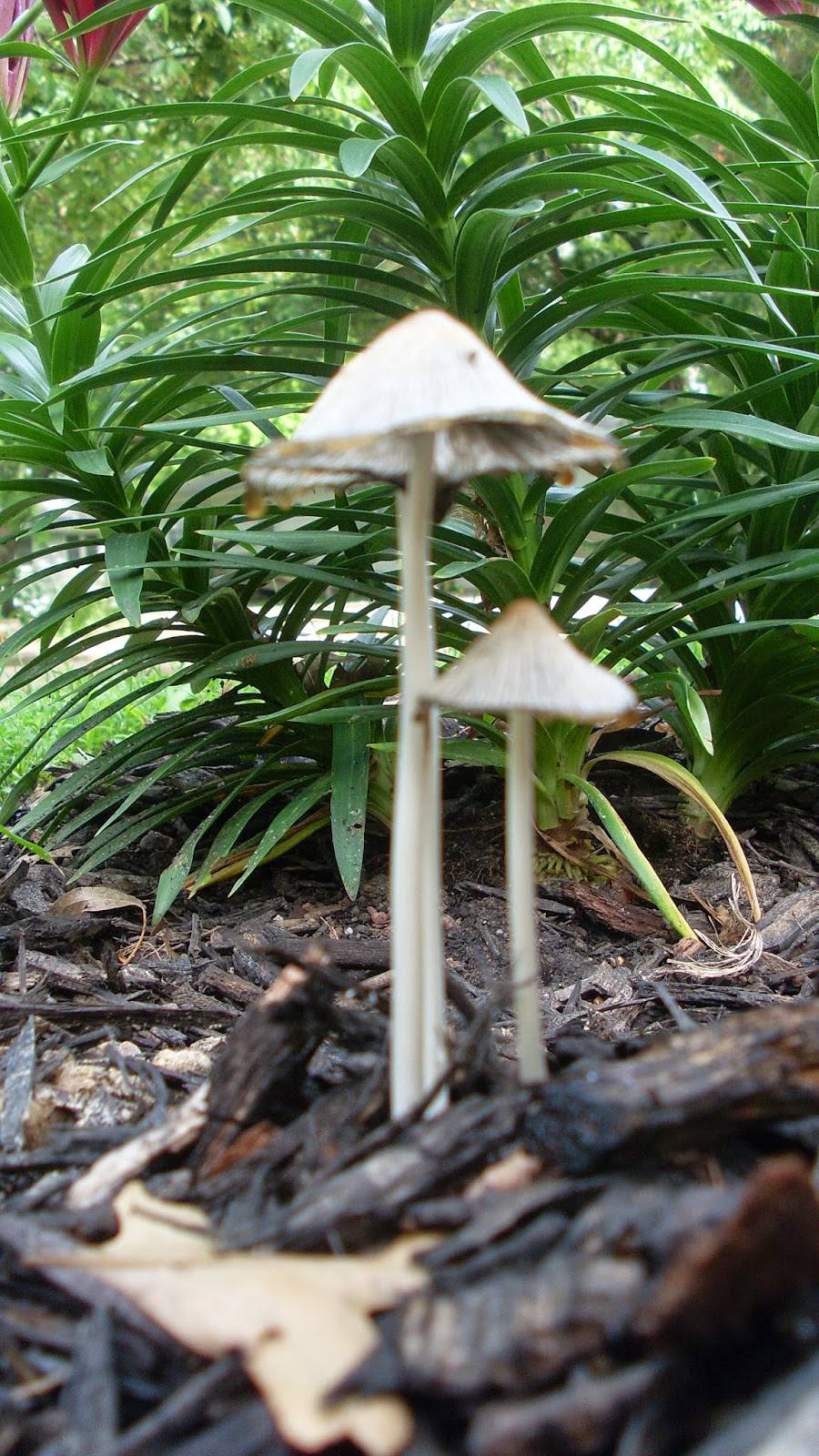 Love Life...I am relishing my time with my husband Joe.  I think that people who've had to spend more of their life searching for their Soul Mate will appreciate the circumstances and the coupling more deeply when they finally make that magickal connection.  It's not something that we take for granted-- having come through several less than satisfactory relationships to get to this point, I can tell you.
Do we fight? You bet your sweet booty we do.  We're both very strong and independent individuals.  But we love each other deeply, so we don't stay angry with one another for very long, and neither of us is happy with life when anything is off kilter between us-- it makes the whole world feel slightly ajar.
And then...making up is a lot of fun. :)
I've never felt so connected to anyone in my life-- this man calls me the moment he clocks out from work, as he's on the way home; we very rarely go anywhere one without the other; he is the first person I see in the morning and the last person I see before I go to sleep at night.  When he gets home from work, in the wee hours, we will spend two or three hours talking, watching a movie-- and laughing...laughing...laughing.  (The kids must think we're nuts.)  I've never laughed so much in my life with anyone-- it is absolutely the most wonderful thing.
I would tell my daughters-- "Don't marry a man who can't make you laugh."
It's a "forever" thing, My Joe. 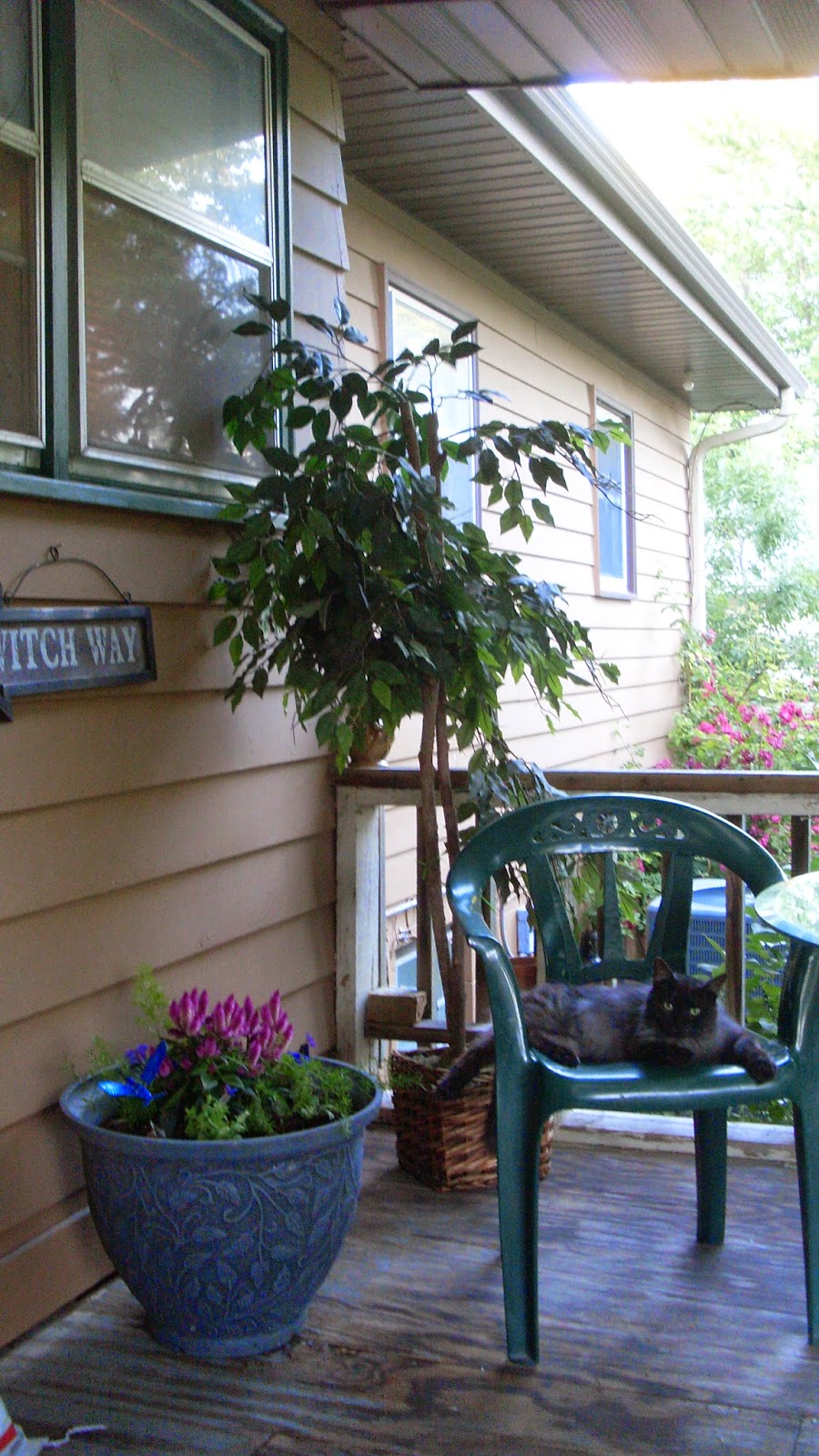 Work...As everyone probably knows (and is tired of hearing about), yes, I'm still working on my next book.  I've never revealed what it's about, but I'll give you a teaser now:  it's a book specifically written for women, to inspire women, to uplift women, to help women.  It is the most important close-to-my-heart project I've ever worked on and is the most important thing I've ever written.
This is a book women will read to find inspiration and empowerment; and it's a book men will read to better understand women.
And that's all I can say on this subject right now.
I would love to do more tarot readings, but in our area there just isn't a strong market for this type of thing, and readings through other means (email, phone, etc.) comes and goes in spurts, which makes it undependable as income, even though it's a lot of fun and very rewarding.
There might be other projects coming up (and some in the works), but for now, at this moment, I've got to stay focused on The Book. 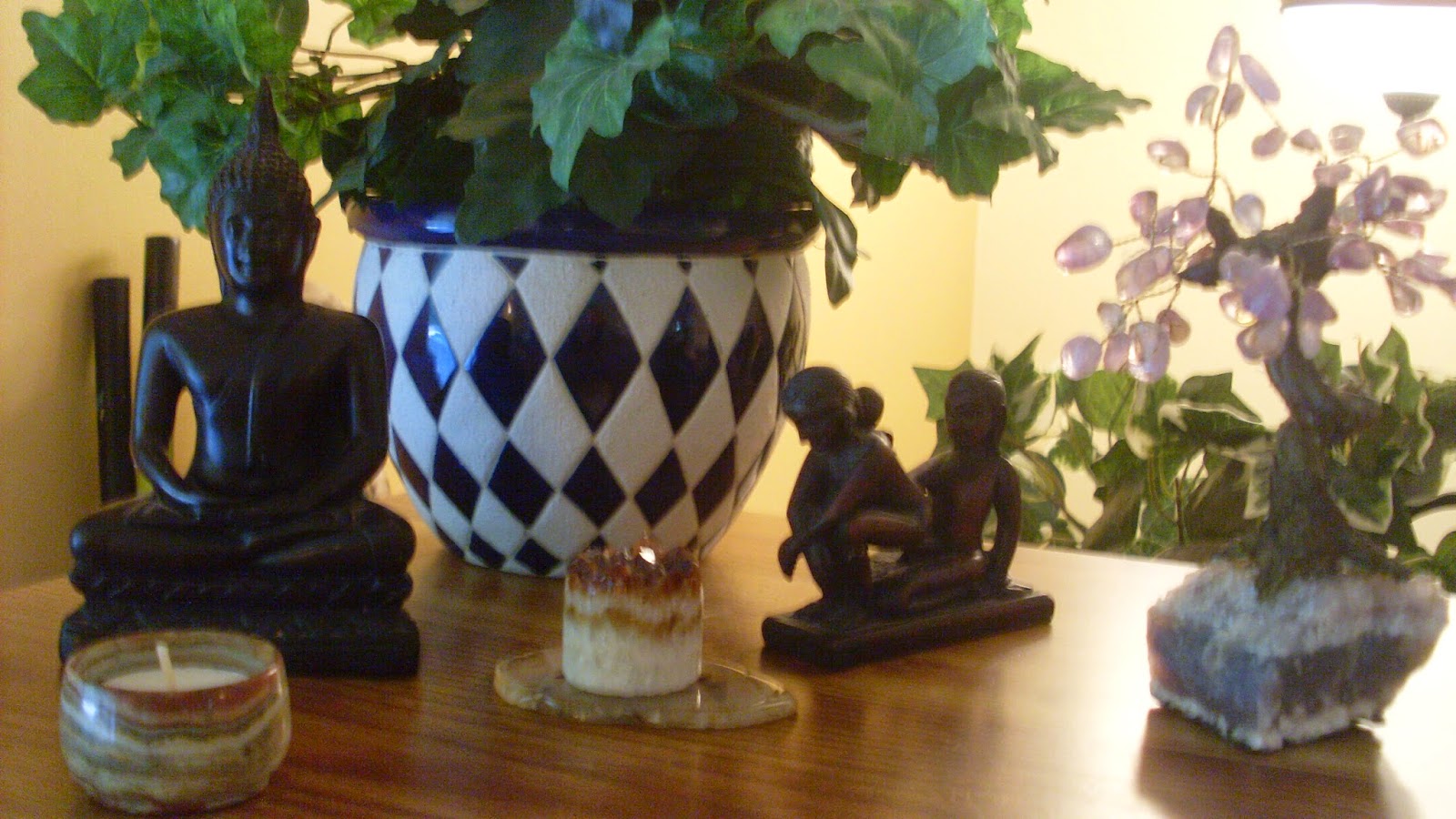 Kids...This summer my oldest daughter will turn 40, and my youngest daughter will turn 14.  Isn't that amazing?  Between Joe and I, we have nine (that's 9) kids.  It makes life interesting, to say the least.  Most everyone gets along with everyone, most of the time, but we do have our trials and tribulations, just as any family will.
One just got her first car, another a Learner's Permit; some have had changes in jobs; new apartments; a new managerial position in a local store; a new job in Omaha; breakups with beaus; wedding anniversaries; cross country trips, etc., etc., etc.
We have our calm and quiet times, and then again, we'll have some life crisis going on-- never a dull moment.  They're all good kids. 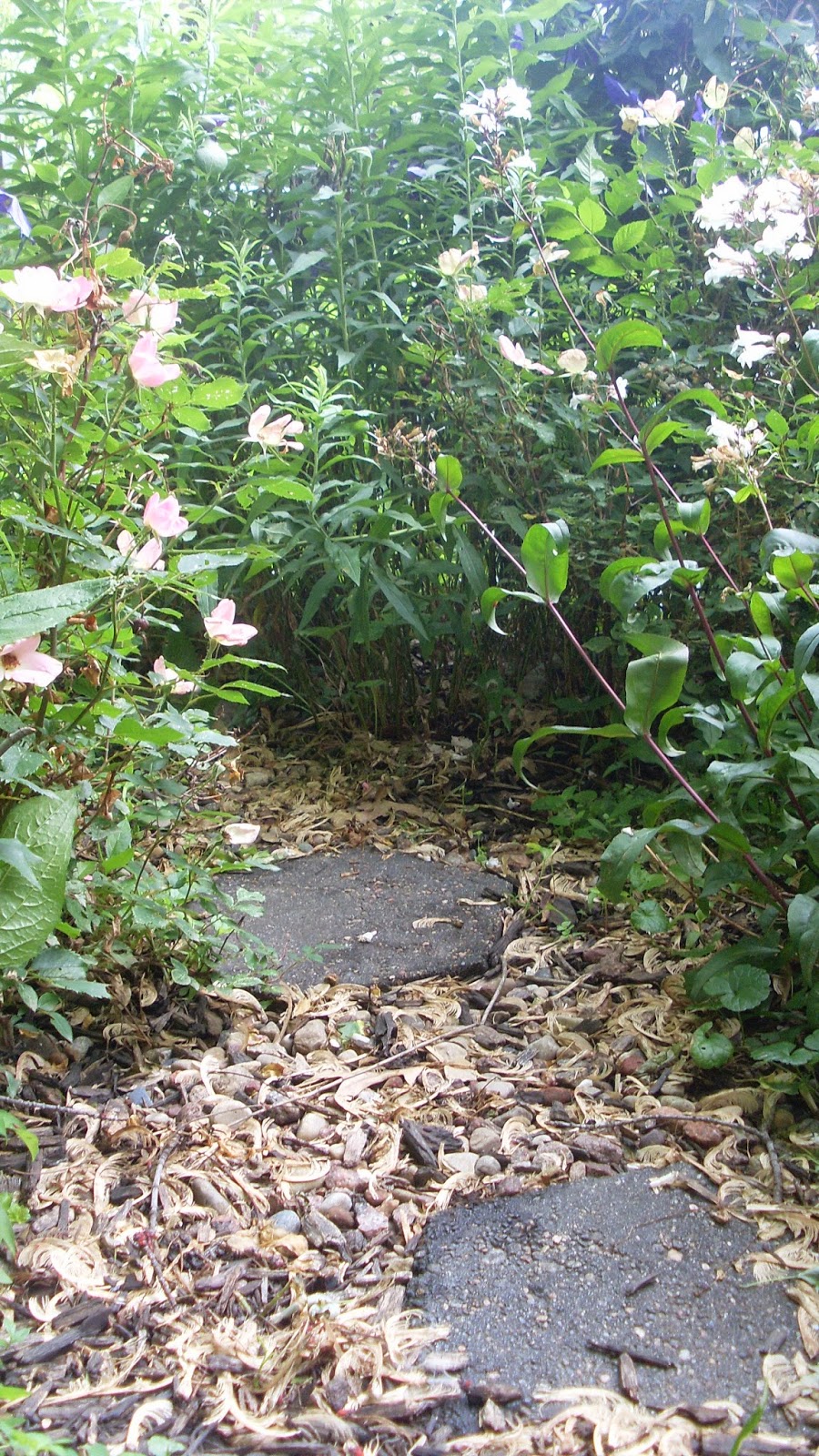 Thoughts...
I'm delighted to have discovered another lady who enjoys the ghost-busting/house blessing venture; someone who can inspire me to pick up Reiki studies where I left off and who will move me on to the next level; someone who enjoys all the marvelous spiritual paths and magickal activities out there, and who loves to learn and study.  It's also just plain fun to find a kindred spirit, a "Sister" in this big wide world.
I'm waiting for something, been waiting for something, and am now tired of waiting for something.  When it finally does dawn, I'm afraid that it will seem anti-climactic now.
I want, more than ever, to start a little tarot & tea shop, and I've actually found the perfect building, which just happens to be for sale.  But there is the question of financing.  We're still trying to recover financially from my husband's broken foot last summer and the accompanying doctor & hospital bills.  Money is still very tight right now; so in order to take on this endeavor, I would need financial backers.  I'm in the midst of mulling this one over-- the building is just so perfect!
So far, for the summer...this is my life in a nutshell. 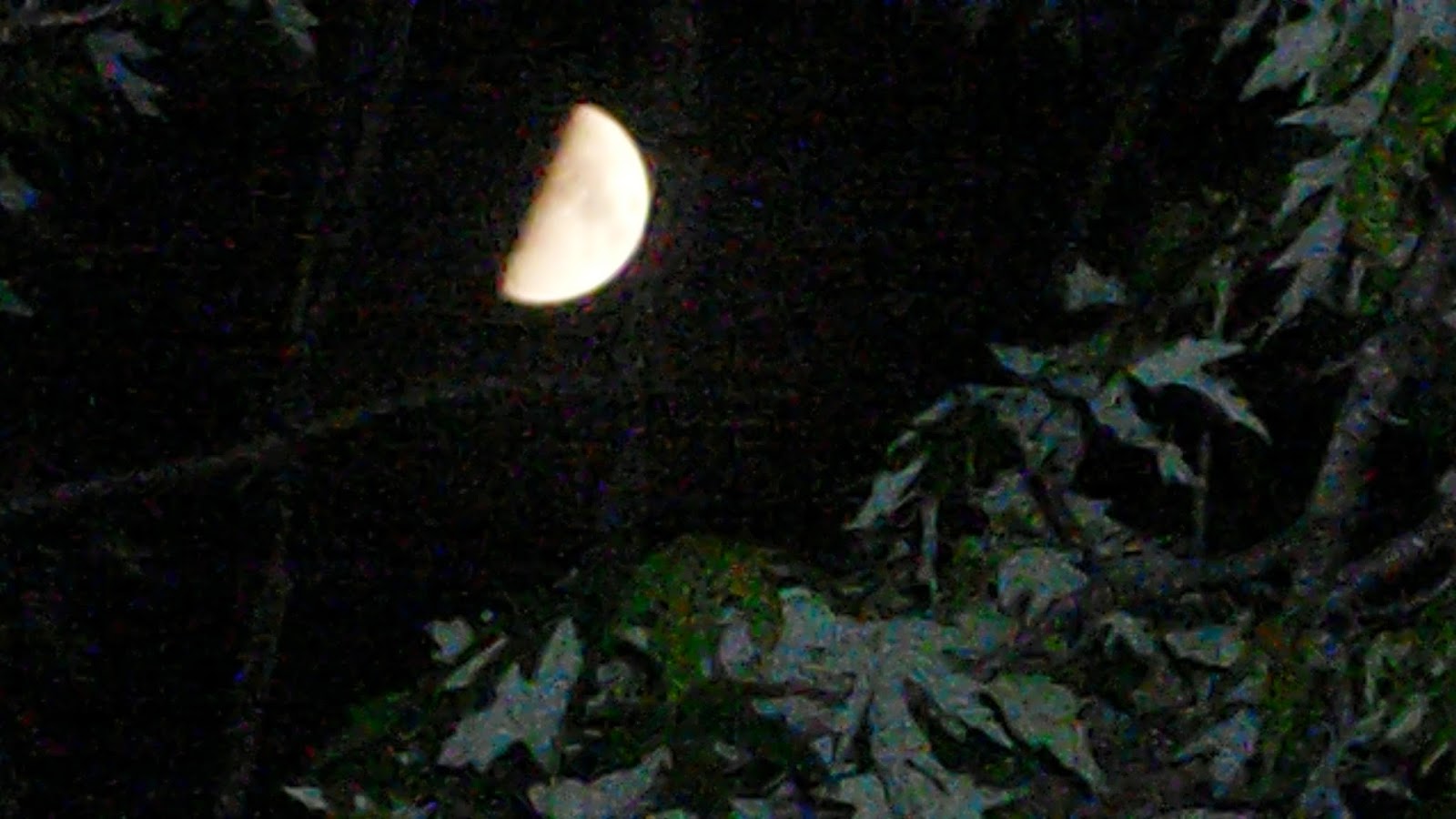 I abandoned my hubby (who was hanging a door!) to take video of an incoming storm...