"Feminist" is Not a Dirty Word

I think there's a lot of confusion about what a feminist is and what she isn't.  I also think that misconceptions about this extraordinary individual have come about because of this confusion.  I read recently about an interview Katy Perry did in Australia, and even though she admitted to being a "feminist", her idea of the definition seemed a little foggy.  To throw more hoopla into the mix, we have a considerable population of people who like to "boo n' hiss" the feminist, and I have to note that most of this crowd (which I've experienced) appears to be a few cranky old men who actually don't like women to start with-- feminist or not. (This group of anti-feminists also includes some misguided young men with an unhealthy dose of misguided women who feel compelled to Stick-By-Their-Men on this touchy topic.)   *head-slap*

"Feminist" is not a dirty word.  Feminists are depicted in a rather harsh light so much of the time, and I think it's because we make society uncomfortable.  Think about it.  For the last millennia, everyone had a role, everyone knew their place, and life went on without any bumps in the road-- well, it went on merrily for those who have been In Charge of this world, the Top Guys on the food chain.  For the unfortunate souls at the bottom of the ladder-- like women, and anyone else who stuck out in the crowd as different, well, life could be a little tricky. 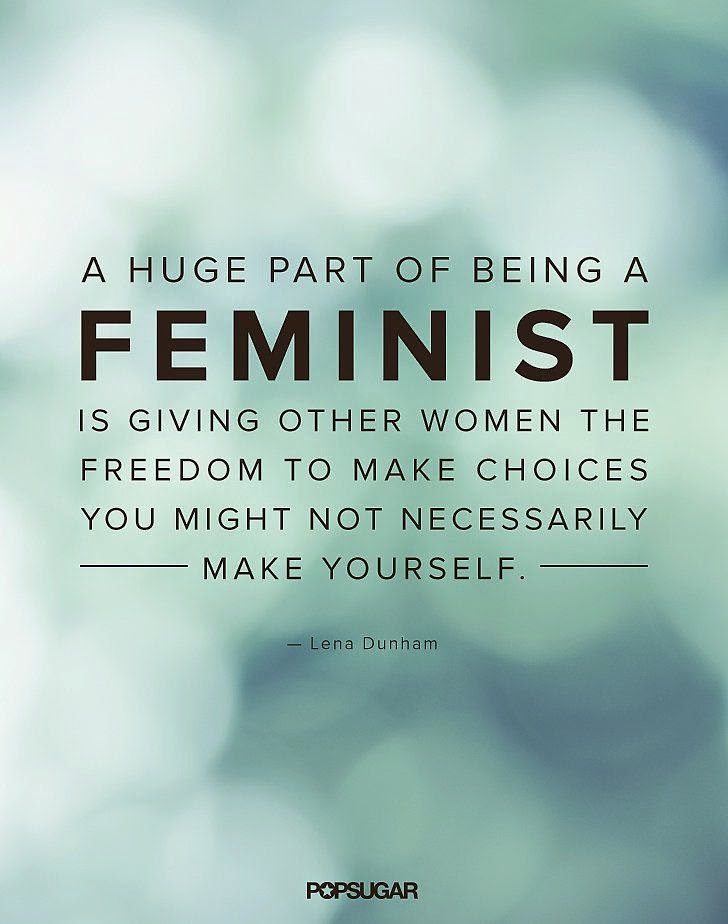 If you believe that all humans, regardless of gender, should have equal political, social, and economic rights, you are literally a feminist by definition.

Are you a feminist? 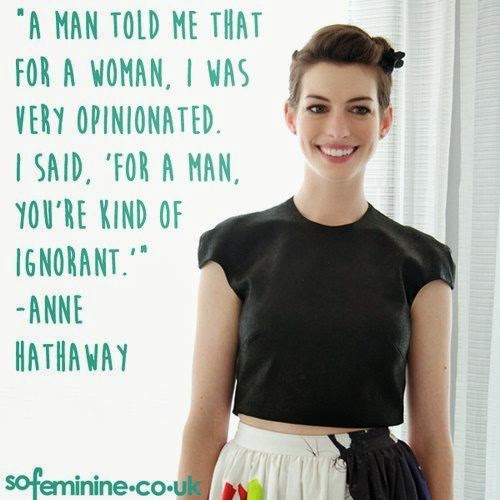 1.  No, I don't "Hate Men".  In fact, I adore them-- that's why I married five of them in my lifetime.
2.  I do not want to give up one shred of my delightfully feminine ways, tastes, and habits.
3.  I do not want a stereo-typically "male" oriented job.  Get real, I have all the physical strength and stamina of a slug...But I DO want my daughters, and any other women out there, to have the CHOICE of such a job if this is their desire and they have the talent to do it.
4.  If I want to cuss, swear, and spit, by golly, I will.
5.  I want to show men the same respect that I expect from them in return. (It's a two-way street, you see.)
6.  I want to live in a safe world.
7.  I want to have a gazillion "warm n' fuzzy" moments in my lifetime.
8.  I want the Universe to slow down, just for a minute, just for an instant, so that every human being on the planet can take a deep breath and take stock of who they are, where they're at, and where they want to go from this point on.
9.  I don't want anyone to live with regrets.
10.  I want all Women to realize how god-damn frickin' awesome they really are.

Posted by Amythyst Raine at 5:23 PM