When He's Stuck in a Codependent Relationship with His Ex

As a psychotherapist in NYC who sees individuals and couples with relationship problems, this is a problem that I hear about often: The client is in a relationship with a person who is wonderful in every other way, except that he or she still maintains regular contact with the former romantic partner, which creates problems in the current relationship. Whether it's a heterosexual or gay relationship, it doesn't matter--this can be a thorny issue to contend with and often leads to hurt feelings and, in some cases, the breakup of the current relationship.


The particular dynamic that I'm addressing has more to do with someone who leaves his relationship (where there are no children), enters into a new romantic relationship but, for whatever reason, he finds it extremely difficult to sever his ties with his former girlfriend or wife.

If you're in a new relationship with someone (whether it's with a boyfriend or a girlfriend) who can't or won't let go of his former partner and it's affecting your relationship, I don't need to tell you that you're in a challenging situation.

I'm not even talking about situations where there is actual infidelity going on with the former partner. I'm focusing on the situation where your partner still makes and receives calls or texts to his ex, still carries on a relationship with their ex (which does not include you), and feels compelled to do this even when it interferes with your relationship.

I'm mostly referring to situations where, for all intents and purposes, the prior romantic relationship has ended, but the two people who were involved decide to try to maintain a friendship. So, for example, in this type of situation, you begin a new relationship and you find that your boyfriend is still very focused on his ex.

Maybe they've ended the romantic and sexual aspects of their relationship, but (even though they might not admit it) they're still very emotionally dependent upon each other: He still feels that he must have her advice before he makes any major decisions, she still calls him frequently to help her with her problems, and so on. And if it happens frequently enough and it starts to impact your relationship, there you are, feeling left out and, possibly, feeling like you're having an affair with your own boyfriend.


Just because two people have broken up doesn't mean that there might not still be strong emotional feelings between them. It's usually better to know about this before you enter a new relationship with someone. Then, you have the option of deciding whether you can handle a relationship with someone who still has strong emotional ties with his or her ex.

The point is that the end of a relationship doesn't necessarily mean the end of feelings. And if your boyfriend (or girlfriend) is unwilling and/or unable to be clear about whether you or the ex is primary, that's when problems develop. 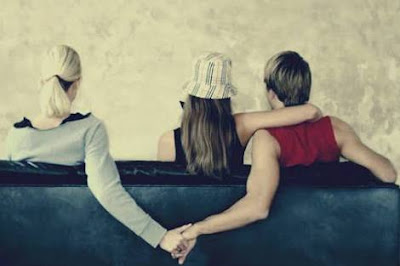 The following vignette, which is a composite of many clients' stories over the years with all identifying information changed, is an example of the type of problem that I'm addressing:

When Susan met John, he had broken off his relationship with Jane about six months before. Susan and John began dating and they hit it off right away. They both felt a strong romantic connection that was different from anything either of them had experienced before. Their relationship seemed ideal--with the exception of one thing: He still maintained frequent contact with Jane.

John was very upfront from the start that he and Jane wanted to remain friends. They had been together for five years, and they still cared about each other, even though they weren't romantic or sexual any more. At first, since everything else seemed to be going so well, Susan told herself that it was admirable that John and Jane were able to maintain a friendship. But, over time, she began to resent John's frequent contact with Jane, especially as it began to interfere with her relationship with John. It seemed that things were not quite what they appeared to be at first. Susan never felt that John was cheating on her, per'se. But she sensed that now that Jane knew that John was seeing someone new, Jane called John more frequently and seemed to depend on him more.

Whether it involved household repairs, late night talks about how lonely she felt or about her personal problems or wanting to get together with John (without Susan), more and more, Susan began to feel that Jane was taking up a lot more time than Susan felt comfortable with, and she was resenting it. Susan sensed that Jane still wanted to maintain an emotional hold on John, even though he was in a new relationship, and she sensed something manipulative in the way that Jane played on John's feelings of guilt for having ended the relationship with Jane. She also sensed that, for whatever reason, John was caught up in this dynamic.

When Susan talked to John about this, he responded by trying to reassure Susan that nothing romantic was going on between him and Jane and Susan had nothing to worry about. He seemed unable to see how much time Jane was taking up and how this affected his new relationship with Susan.

It was a very sad and painful situation for both Susan and John. John began his own individual psychotherapy to deal with his family history which was a big part of the problem. Over time, he began to see that each time that Jane called in crisis, he felt emotionally triggered in the same way that he felt with his mother who had been overly dependent on him when he was a child. In many ways, John was "primed" for the codependent situation with Jane due to his family history, and this was primarily why he had such a hard time letting go of Jane or even setting limits with her.

As John began to work through those earlier issues, he developed greater awareness and insight into the current situation and realized, on a deep emotional level, that he was caught up in a codependent situation with Jane and it was ruining his relationship with Susan.

Although it was difficult for him, he began setting limits with Jane, letting her know that his relationship with Susan was primary--no more late night crisis calls, no more getting together without Susan, and so on. Jane did not respond well to this type of limit setting and, eventually, she decided to sever her ties with John. Over time, John dealt with the loss of this friendship in his own individual psychotherapy, how it related to his family history and, over time, his relationship with Susan began to thrive again.


This vignette illustrates that couples can work out problems when one or both of them can't let go of a former partner.

It takes a big commitment from both people, a willingness to work on this issue in couples counseling, an understanding of the underlying psychological dynamics that are often involved in this type of situation beyond the current people involved...

Unfortunately, not all relationships that have this problem end well. Sometimes, there's just too much unfinished business with the former partner or spouse. Other times, the partner who is maintaining an enmeshed or codependent relationship with the ex refuses to see it for what it is and thinks the current partner is being unreasonable. Sometimes, it just gets too complicated. But it's more likely to work out if you don't wait too long to try to get help.

Posted by Amythyst Raine at 1:06 PM 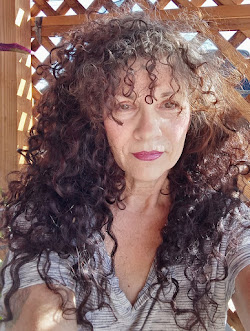 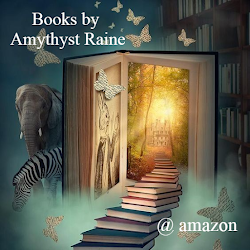 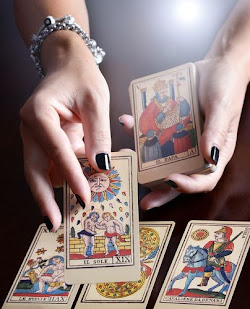