Coaching Your Brain to Stop Being Angry 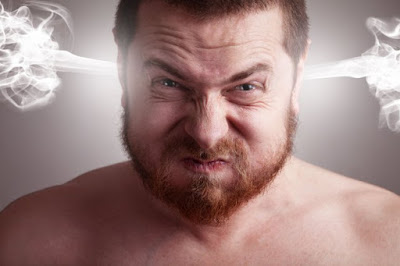 You and a relative, significant other, friend, or coworker had a falling out. The wounds are still fresh. You’re still angry. Every time you think of their indiscretion, you seethe. Maybe plenty of time has gone by since the incident, but you just can’t seem to get over it. Here’s what you can do.

WHAT ANGER IS MADE OF

To get past your anger, it helps to understand what anger really is. Feelings are generated by what’s called the “motivational system.” They’re a way of helping you gauge how effectively your goals are being met. And it’s how you interpret those feelings that creates an emotional experience.

When a goal that matters to you gets blocked, that feels bad. The more important the goal, the stronger the negative feeling. When circumstances cause the goal to fail, then you’re frustrated by those circumstances. But when an individual is the source of the blockage, then you get angry at them, since they’re the source of the problem.

From an evolutionary standpoint, the high energy and aggressive posture that come with anger make lots of sense. If you have to fight off a foe, then yelling and using physical force can be useful. In the modern world though, where so many of our goals are conceptual and no amount of physical force can help us solve our problems, anger can be less useful, to say the least.

In order to calm yourself down and ease these emotions, particularly if they’ve lasted for a while, you can’t just try and force the original incident out of your mind and hope you’ll eventually stop being mad. You need to look back at what the person did to you. Does it still seem as important now as it did when it first happened? If not, then you might want to try forgiving the person for their action. If what they did seems unforgivable though, then you’ll need another strategy.

WHY FORGIVE AND FORGET, ANYWAY?

One of the reasons we stay angry at people is because we’re reminded continuously of the details of what they did to us. Those details make the transgression feel fresh. Remembering them reignites activity in the motivational system, which causes the original anger to flame up all over again.

So, when someone says, “I can forgive but never forget,” don’t believe them. When you forgive someone, it helps you to forget the details of what the person did to you. The two go hand in hand. Over time, this forgetting makes it harder for the transgression to really activate your motivational system again. As a result, you’re no longer able to generate the energy required to really feel angry at the other person.

You may always be wary of them, and you may not fully trust them ever again, but that’s different than staying mad. Even if your relationship doesn’t recover, at least you won’t remain actively angry at them forever.

What about when you really can’t forgive someone? Does that doom you to reliving in vivid detail the circumstances of the original blow-up forever? Not necessarily. Even when you can’t forgive, you don’t necessarily need to put yourself in situations that preserve high levels of anger toward them. The strength of your emotional reaction to a person depends on the degree of psychological engagement you have with them. This may make the process more challenging if there is constant and close proximation.

Often, when you’re angry with somebody, you tend to think repeatedly about the thing they did to you, which keeps you emotionally engaged with the way you were wronged. Psychologists call this repetitious thought pattern “rumination,” after the term for how cows chew their cud.

To avoid ruminating, give yourself some psychological distance from the situation. Focus on other aspects of your life. When you do think about the situation, imagine it from the perspective of one of your friends, not from your own standpoint. By pushing yourself to see it from the outside, you’ll be coaxing your mind to think of the situation more abstractly. As a result, the specific details of what that person did will be less available to you, and so they’ll have less influence on your emotional state.

Finally, it’s worth pointing out that anger tends to lock us into a single way of thinking about what happened. That interpretation becomes a sore that won’t heal.

An alternative approach is to find other ways to characterize the situation. Expressions like “when life gives you lemons, make lemonade” are actually onto something, psychologically speaking, because they encourage you to look at your current situation in a different way. The transgression someone else committed may still have created another opportunity for you that you might not have considered otherwise. That may not make you feel better about the person, or the indiscretion, but it may make you feel better about the current situation.

You can also try considering the situation from the vantage point of the person you’re mad at. We have a strong tendency to assume that others’ actions are driven by characteristics they have (like being weak, deceitful, or dishonest) rather by the circumstances that lead them to take those actions. When you take that person’s perspective, aspects of their situation may become more obvious, and that may help you understand why they acted as they did, even if you still don’t agree with it.

It’s never easy to stop being mad at someone. And you may even feel like their behavior fully warrants staying mad at them. But the emotion of anger can be powerful, and it rarely leads us to make productive decisions in life. If you can’t find a way to get past it, you won’t just be punishing the other person with your anger, you may be hurting yourself, too.

Art Markman, PhD is a professor of Psychology and Marketing at the University of Texas at Austin and Founding Director of the Program in the Human Dimensions of Organizations. Art is the author of Smart Thinking and Habits of Leadership, Smart Change, Brain Briefs, and, most recently, Bring Your Brain to Work.