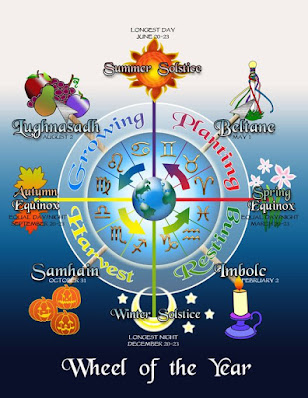 Pagans refer to the progression through the seasons as "The Wheel of the Year". Not only does this wheel encompass pagan holidays, including those now cloaked with Christian traditions, but a variety of energies as well. These energies are a combination of astrological influences, moon phases and full moons, solstices and equinoxes, the changing of seasons, and the magick of time.

As the dog days of summer are still upon us, it’s strange to realize that so is the first of the pagan harvest festivals, Lammas…aka Lughnasadgh. Summer will soon be winding down, and August is the transition that will carry us into autumn. As we celebrate the first harvest of wheat, let’s also celebrate the changing of seasons, the transparency of time, and the miracle of continuity. 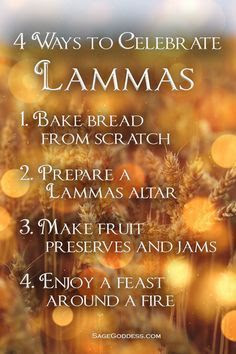 The Barley Moon is the time to reap the harvest of magic cast at the beginning of the summer season. It’s a time for the powerful assertive energy of Leo to give way to the calmer vibrations of Virgo. Do magic at this time to cleanse before the winter, cleansing not only your personal space, but intangible aspects as well. Clear out unwanted rubbish, whether it be inertia, conflict, indecisiveness, or some other personal weakness. As the summer winds down and wildlife begins to prepare itself for the dark months to come, this is where the heart of your magic lay as well.

Lugh or Lug (Old Irish: Modern Irish: Lú) is one of the most prominent gods in Irish mythology. A member of the Tuatha Dé Danann, Lugh is portrayed as a warrior, a king, a master craftsman and a savior. He is associated with skill and mastery in multiple disciplines, including the arts. He is also associated with oaths, truth and the law, and therefore with rightful kingship. Lugh is linked with the harvest festival of Lughnasadh, which bears his name. His most common epithets are Lámfada ("of the long hand," possibly for his skill with a spear or his ability as a ruler) and Samildánach ("equally skilled in many arts").
In mythology, Lugh is the son of Cian and Ethniu (or Ethliu). He is the maternal grandson of the Fomorian tyrant Balor, whom Lugh kills in the Battle of Mag Tuired. His foster-father is the sea god Manannán. Lugh's son is the hero Cú Chulainn, who is believed to be an incarnation of Lugh.
Lugh has several magical possessions. He wields an unstoppable fiery spear, a sling stone, and owns a hound named Failinis. He is said to have invented fidchell (a Gaelic equivalent of chess), ball games, and horse racing.
He corresponds to the pan-Celtic god Lugus, and his Welsh counterpart is Lleu Llaw Gyffes. He has also been equated with Mercury, as well as Apollo.

This is the first of the harvest festivals, and in the ancient world this was indeed a time of celebration. A successful harvest would mean survival in the harsh winter months to come. In the northern countries this was a celebration of the first harvest of wheat and grain, thus bread is featured in the celebration of Lughnasadh, also known as Lammas. Freshly baked loaves of aromatic bread are the main feature found upon pagan alters for this holiday.

As modern-day Pagans celebrate the festival of Lughnasadh, they will build roaring bonfires, feed each other a mouthful of bread, and with wine they will toast each other… "May you eat the bread of life." 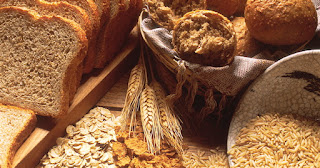 For more more information on Pagan Holidays, including videos and rituals, visit my website, The Witch’s Corner:  click  HERE 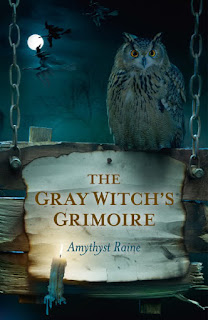 Posted by Amythyst Raine at 2:32 PM