Eight Ways Lying is Poisonous to a Relationship


The word ‘lie’ is one which instantly generates a vision and feeling of gross negativity; it embodies the sort of morality that most people would wish to steer well clear from.

Despite this, there are many individuals who are prepared to spin works of fiction to their friends, family, and partners – all with seemingly little difficulty.

But what is the truth about lying? What harm does it really cause? Here we examine just 8 of the many ways in which lying is poisonous to relationships of all kinds.


Perhaps the most obvious impact that lying has on a relationship is the erosion of trust one person has in the other. Lies and trust cannot easily coexist; eventually the former will destroy the latter.

Whether like a storm that causes a landslide, or rain that slowly eats away at rock, lies can utterly change the landscape of a relationship and make it uninhabitable for one or both parties.

Trust is so essential for a strong and successful relationship that when it is lost, the chances of total collapse are very high.

2. Lying Shows A Lack Of Respect


Being told the truth, no matter what it may be, confers the feeling of respect upon the recipient. It proves to them that the other person places significant value upon the relationship and is not prepared to jeopardize it by deceiving them.

While some truths will clearly put a relationship at risk, lies tend to be even more damaging. Telling someone the truth, even if you know it will hurt them, shows that you are willing to take responsibility for your actions; lying shows nothing of the sort.

As soon as this lack of respect becomes apparent, it begins to put great strain on all aspects of the relationship and, if left unchecked, it will be the undoing of it altogether.

3. Waiting For The Liar To Slip Up Again


Once you uncover a lie for the first time, it is hard not to live in expectation of future untruths from that person. You begin to question what they are saying, passing their words through your internal alarm systems in order to detect any hint of dishonesty.

The problem is that having to be on perpetual high alert for bullshit puts a real strain on the interactions between the two of you. Sooner or later, the mental energy required will make you want to avoid that person altogether.

On top of all this, thinking that another lie is not just likely, but inevitable is going to make you more suspicious. This is especially true in romantic relationships where one partner starts to question where the other is, who they are with, and what they are doing. This is nothing but toxic for the trust and respect we’ve already spoken about.


When someone lies, they are essentially putting their own self interest before those of others. Their unwillingness to make a sacrifice for the greater long-term good of a relationship is another indicator that they do not place a high value on it.

Lies can also be an indication of more widespread selfishness and disregard for the other party, which can make them feel unloved and unwanted.

5. Feeling A Fool For Believing A Lie


That moment you realize you’ve been lied to is a highly unpleasant one. When your eyes are opened to the truth, you can’t help but feel foolish for ever falling for the lies.

Being made to feel this way by another person eats away at all the positive feelings you may have towards them. The hurt may open up a divide between you, or it may simply cause old cracks to resurface and widen.

Either way, your view of this person will be forever changed by the pain they have inflicted upon you.

6. The Liar Is Conning Themselves Too


An often overlooked consequence of lying is that the perpetrator is also being untruthful to themselves. In attempting to conceal the truth from other people, they are refusing to reveal their genuine wants and desires to the world.

In essence, they are denying their true identity and seeking to be someone that they are not. Any relationship is bound to feel the strain of this disingenuous approach to life.


For a relationship to stand the test of time and endure the trials of everyday life, both parties must give equal commitment and energy to it. This balance creates the feeling of partnership that binds two people together and allows them to bring the best out in each other.

Lying disrupts this natural equilibrium and causes the scales to tip to one side. For the person who was lied to, it can feel as though they have put their heart and soul on the line, only for the liar to hold back theirs.

When you recognize this reluctance on their part to fully commit, it is natural to doubt their desire to make the relationship work. This is true of all kinds of relationships, but especially romantic ones.


It is not uncommon for one lie to lead to another and another in some vain attempt to keep the wool pulled over someone’s eyes. It might even be the case that an individual is a habitual liar who sees no real wrong in telling porkies to the people in their life.

Unfortunately, where one lie might cause repairable damage in an otherwise strong relationship, multiple lies will serve to fan the flames of the fire that will eventually engulf any sense of cohesiveness that once existed.

Where lying becomes commonplace, no relationship can survive intact. 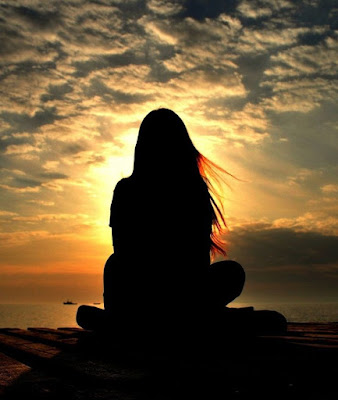 Relationship readings are available at
The Tarot Parlour