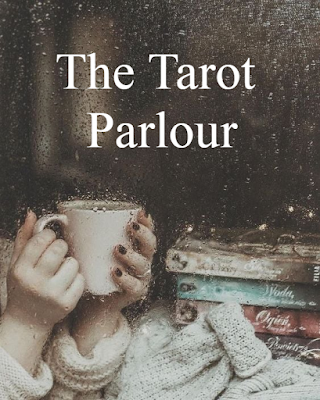 The two’s involve pairs. These cards can revolve around couples, business, money, mental endeavors, and decisions, as depicted by cups, wands, pentacles, and swords. The two’s can predict compatibility and the need and direction of decisions. The two’s speak of balance—yin yang, black and white, left and right, etc.; they herald partnerships and validate relationships. This suit can also warn us when there are imbalances in our lives that may affect unpredictable areas.


The figure on this card appears as a juggler, most often than not. In each hand he holds a golden disk, balanced precariously on their edges. As this card tells us, the trick of life, the most important thing, is to keep everything in it balanced out, on an even keel.

Upright this card indicates that we have accomplished this task successfully. In deep concentration, we maintain an even equilibrium in our lives; and in doing so the paths before us will be smooth and easier to traverse. This card reminds us that maintaining balance is much like keeping a house clean, it is an ongoing thing.

When this card is reversed, it is a smack to our consciousness, telling us that something is off kilter, out of whack, with often tumultuous and chaotic consequences. There is an imbalance somewhere in our lives, and this imbalance will be like ripples on a pond, upsetting the smooth surface in all aspects of our existence. The surrounding cards will quickly point out the specific areas that are affected and will offer solutions to the dilemma.


Crossed lances, a blindfolded figure…Conflict, inability to compromise, unwillingness to see that which we don’t want to face, not having all the information needed to arrive at a decision. This card tells us that the problem here in lies with us. It speaks to us of internal forces at work, creating within us indecision, stubbornness, blunders, and aloofness. This card tells us to open our eyes, take a clear look. The truth, the answer, the right path, all will be revealed in time.

Reversed, this card assures you that the answers, the solutions, the correct path are right before you, just open your eyes and you will see. This card, in conjunction with those around it, can also be pointing to very specific solutions, people, paths and answers. The reversed two of swords can also indicate that someone is not ready to see the light, make decisions, or decide on a direction.
They need more time.


This card speaks of partnerships, pairings, a mutual benefit derived from working together. It can also point to the need for decisions based around issues of business, finance, and other practical mundane matters of life. Within this card, the figure, standing so his back is to us, seems deep in concentration, sort of wrapped up in his own thought process. At the same time, he’s also watching the horizon, facing a direction that allows him to see what’s coming, to avoid unpleasant surprises, to be prepared.

In some decks there are other figures in the distance, often a ship or an animal. This can indicate a second party who will have a direct affect on the decision made, on the partnership, or the business venture. Pay attention to your impressions about these figures.

Reversed, this card often warns us that now may not be the right time to undertake any new projects or in-depth endeavors. You may need more information, maybe something more from the mundane world such as funds, backing, or support. It doesn’t necessarily mean that the enterprise should be abandoned, merely that more time may be needed to work out any glitches.


The suit of cups deals with emotions and relationships. This card often announces engagements, weddings, a union of some kind. Depending on the surrounding cards in the reading, this could be any sort of union that is steeped in strong emotions and a variety of relationship connections. Upright, this card reeks of a couple, a partnership, soul mates, a coming together. This often means a physical union, but it can also point out more intangible unions, such as a ‘meeting of the minds’. This is a celebratory card and strikes at the heart, the deep-seated center of love, strong emotions, and ethereal fantasies.

Reversed, the two of cups can sting a bit. It may be telling us to step back, slow down, and take a second look. This card can also indicate problems in a marriage or a relationship. Look closely at the surrounding cards for details. It can speak of imbalances in relationships and expose controlling behavior. In some of my readings, the two of cups have also foretold of cancelled engagements and weddings, and it has spoken of divorce.

Posted by Amythyst Raine at 8:35 AM