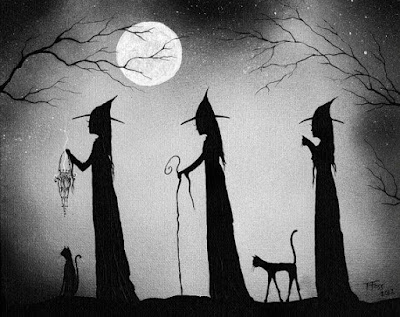 
Granted, black is a staple color in my closet, but not for any witchly reason. I like basic black because it goes with everything, it feels right when I wear it, my jewelry looks good against it, and it’s a good basic “color” for me. I know plenty of witches who virtually never wear black, but prance about the world in pretty pastels of pink and lavender, blues and greens, and other very unwitchly colors.


Really?…Really. Pleeeeze– I birthed seven babies in my lifetime, and I have yet to sacrifice nary a one. I’ve grounded a few, preached at a couple, pulled my hair out over another, and puzzled over them all. But sacrifice them? Not yet (she says mischievously).

It should also be noted, under this “sacrificial” theme, that witches do not sacrifice animals. On the contrary, some of the most enthusiastic animal rights activists will be found in the pagan community. We tend to honor the animal kingdom, to consider animals our brethren, creatures that we have the pleasure of sharing the Earth with. We embrace their energy, learn from their inherent goddess given wisdom and instincts, and feel humbled when they allow us into their circle of trust.


Not necessarily. Some do, and others don’t. It depends upon what road you take within this widely divergent spiritual path. My “thing” is divination, clairvoyance, psychism, at it’s very basic– the tarot. I have cast spells, lots in the beginning, but fewer and fewer as I was shown by the Goddess my true path on this journey, my unique gift. And besides, as magickal practitioners will tell you, casting spells– casting them correctly– is time consuming and a heck of a lot of work. You have to put some effort into it, as in anything, to get the most out of it. I have grown lazy in my impending old-age.

4. Witches are in league with and worship the Devil.


Really…no, this time I mean Reeeaaally! The Devil (or Satan, Beelzebub, Lucifer, etc.) did not arrive on the horizon of civilization until Christianity came along and needed a Fall Guy. It’s rather insulting that that they invent this despicable character, and then they accuse us of playing with him.  They can keep him.  The gods and goddesses of the world-wide pantheons are so much more interesting and desirable, awe inspiring, beautiful, and magickal.


Well, I’ll give you this one. Some witches do, or have, or if they haven’t, they still have the ability and the power to do so. However, most witches– and I know a few– would not even consider doing such a thing, under any circumstances. And here’s something else to think about, scary and true:  Anyone who has ever deliberately wished something bad on someone has thrown a curse, whether they are a witch or not.

The universe hears you, and it’s constantly moving energy according to your wishes and desires. My grandmother told me once, “Be careful what you wish on others.” And she also expanded on this thought by adding, “What you wish on someone else will come back on you.” (She was a woman ahead of her time.)


Well, umm, I hope not. If this is true, I’m screwed. Witches are *women of all ages, sizes, ethnicities, and nationalities. They live in the world in the same capacity as every other human being. They inhabit the work force and a normal healthy place in society.  A witch could be any woman that you’ve ever met in the course of your life, under the most ordinary mundane of circumstances, and you never even realized it.  Think about that.

With all that said, as a woman standing on the threshold of her 60th decade, I’m more than ready to embrace the Crone, or the Hag, in all her glory. I’m ready to move beyond youthful vanity and revel in the aspect of me that is the most important:  What I am, who I am, from the heart 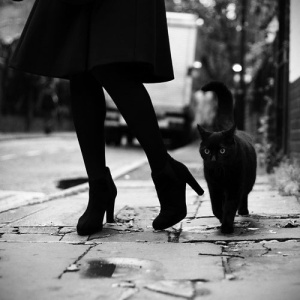 This post was originally published at Magickal Connections in January 2015.

Posted by Amythyst Raine at 9:35 AM