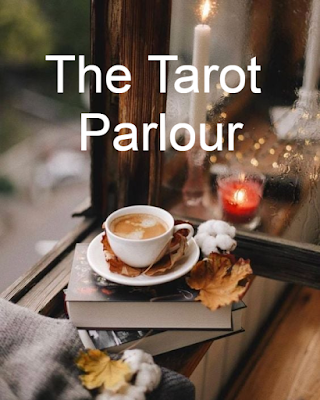 The nine’s are a contradiction, from anxiety and mental anguish, to resplendent and gracious living; from the golden cup and all that you desire, to preparing for a fight. But within the nine’s you will gain in strength, confidence, and direction. The nine’s let you know that it’s been a long journey, but your destination is in sight.

This card speaks of comfortable financial circumstances, financial success, a world of plenty, people of means, personal contentment and self-satisfaction.

True to form and tradition, the nine of pentacles most often reeks of positive energy, a serene life or lifestyle, and refinement. This card consistently reveals a person who is comfortable in their own skin and has a handle on their life, as well as most of the elements within it. I know, when this card appears in a reading, that the querent before me possesses a quiet unassuming self-confidence.

When reversed this card has revealed the need for more freedom, someone trapped in a controlling relationship, locked within the proverbial gilded cage. This card has even exposed a controlling personality—the querent him/herself. The nine of pentacles has also trumpeted an occasional warning in a reading, when someone is deliberately being kept in the dark.

Anxiety, nightmares, worry and stress…this is the traditional meaning of the nine of swords. When this card comes up in a reading, we can usually determine what areas of your life, or even what specific event or person, may be contributing to the stress and anxiety that are biting at your heels. Surrounding cards are extremely important when the nine of swords rears its ugly head. But a word of caution on this point—the nine of swords is capable of revealing someone’s darkest secret, blackest thoughts, most hideous trauma. When this card appears, use great delicacy and compassion when determining whether to mention anything specific, of if you want to touch upon the exposed subject at all. The majority of the time, I find it’s best to remain silent here. You most likely won’t be telling the querent anything they are not already keenly aware of.

Other meanings for this card may well be:  too much coming at you at once; deliberately sticking your head in the sand, ostrich style, this never makes problems or issues go away, they just ferment and become more troublesome and stinky; health issues, depending on the cards surrounding it; abusive relationships/stalking/cruelty; and paranormal hauntings.

Protect your line of defense.  This is most often the meaning of this card, in all it’s solid tradition. When the nine of wands pops up, I know the querent should get all her eggs in a row, check her back, gather some ammunition—generally the figurative kind! —And be prepared to defend herself from an upcoming attack. And it will come, it’s in the cards.

Another traditional meaning for the nine of wands is “The Warrior”. This is the grizzled and battle weary soul who has had to fight the good fight, sometimes way to often, and usually at a disadvantage. This card often tells me when a querent has had a difficult life, and when they are defensive. It has also exposed people who tend to be emotionally distant and cold.

People who’s spirit seems to embrace this card are usually people who have built a wall around themselves. This wall’s original function was to keep people out, but it often turns on the creator to become a self-imposed prison. When this situation shows up in a reading, it’s imperative to begin dismantling this wall.

This card is traditionally heralded as ‘the wish card”. Whatever it is the querent desires, he/she will most certainly get. Be sure you watch the surrounding cards carefully for all the details. Don’t hesitate to pull another couple cards to expand the information based on the nine of cups. You may be surprised at how much will be revealed; and once in a while you may have to admonish the querent to “be careful what you wish for”.

Reversed, this card may herald disappointing news, negative results—either figuratively, or from physical tests, or it may tell you that the road to what you want will be uphill all the way. You might want to reconsider. Sometimes the powers that be really are wiser than our own human nature, and what we wish for is not always to our advantage.

Posted by Amythyst Raine at 7:07 AM